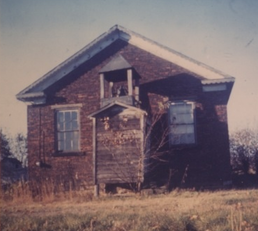 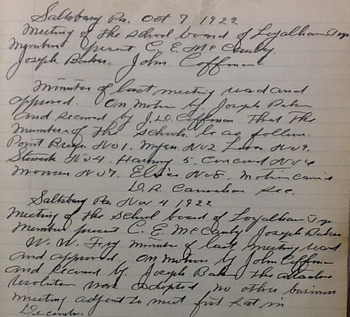 Closing of Concord School in 1953 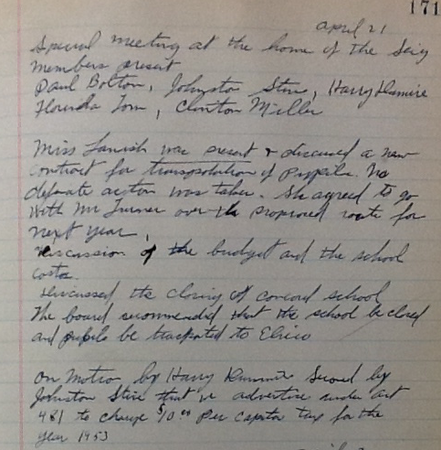 On April 21, 1953 the Loyahanna Township School District has approved the closing of the Concord School.

On November 26, 1955 the Concord School was placed for auction and to be torn down upon being purchased.  No record exists if the building was ever sold, but it was retained as a standing building on the Frank Bash farmstead. 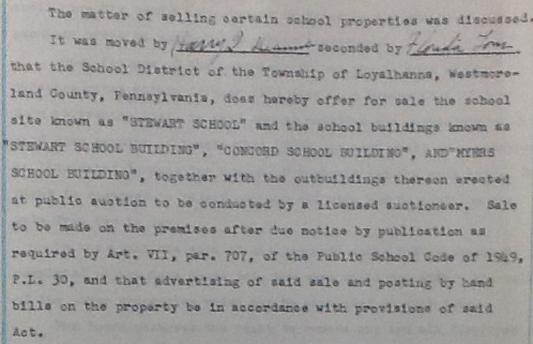 In addtion to Concord School, there were researched accounts of seven other Loyalhanna schools built later than Concord. Harmony School began similar to Concord as an Independent School but was built several years after Concord. The Concord School is believed to be the oldest of the Loyalhanna Township School Distirct's schoolhouses. Public schools of Loyalhanna, not formally independent, were Myers, Stewart, Elrico, Moween, Love, and Point Breeze. Elrico school was later replaced by a two-room school in 1930.  By 1956, the Willard School replaced all remaining Loyalhanna one-room schools.  This building, now known as the Saltsburg Elementary School, was located in Loyalhanna Township on the area called the Kiski Heights and it was closed in 2010. 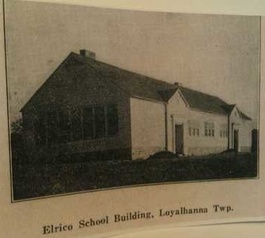